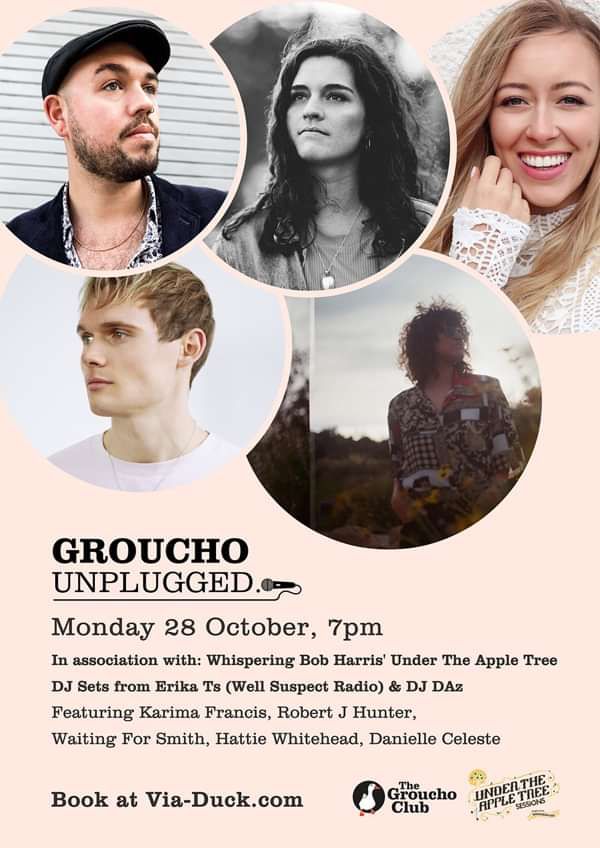 Having begun playing drums at 13, Karima Francis self-taught guitar and songwriting at the age of 18. Not long after, her debut The Author was released on independent record label Kitchenware Records, produced by the gifted Ken Nelson (Coldplay, Paulo Nutini). She was named as a number one act to watch by The Guardian. The Author effortlessly found common ground with Francis’s audiences. It’s a song-driven album, entwined with melodic textures and innovative musical progressions. This emotionally rich album was met with critical acclaim for both her vocals and songwriting. Francis’s performance on BBC’s iconic music show ‘Later with Jools Holland’ was the icing on the cake for the Author’s success.

Francis returned with her second album ‘The Remedy’ produced by Flood (U2, PJ Harvey, Smashing Pumpkins). Prior to the release, Francis spent some time in LA where she wrote her most crowd-pleasing single ‘Wherever I go’ with the likes of Linda Perry. Released on Vertigo records, the Remedy’s betterment proved just how prolific Francis is as an artist.

Francis is now experimenting with new sonics and wider musical arrangements, whilst in focus on production and writing her fourth album, making us all eager of what's yet to come…

‘Songs will always be the passion and expression in my work but I’m exploring the sounds and sonic further now and it feels like I am working with a new canvas, some of the more traditional framings have been expanded’ - Karima Francis ’19

The band are turning heads across the UK and Europe with their constant touring, perfecting their truly original blend of blues and rock n’ roll. This is a road worn, dirty blues band that have been honed to super tight perfection by sheer hard work and volume of shows.

The Robert J Hunter Band have supported the likes of Wilko Johnson, The Animals, the Kris Barras Band and Sari Schorr to name a few. They have recently been finalists in the UK Blues Challenge and The International Songwriting Competition (ISC).

“Incredible strength in the diversity of his song writing coupled with sheer hard work and volume of shows make The Robert J Hunter band one to watch – miss them at your peril.'' - Blues in Britain

After breaking his back out in the French Alps during avalanche training, Waiting for Smith spent a year in bed recovering where he learned to play guitar. Waiting for Smith took his name from the first drummer, Smith, who constantly failed to show up. WFS’s debut single Monkeys in My Head premiered in Clash Magazine earlier in the year and got 17,500 streams with airplay across the UK, Canada, USA and BBC Introducing. His new single Trade It In is out in March to start a waterfall of single releases throughout 2019. Produced by Tom Fuller (Clean Bandit, Years & Years, Tom Walker, & Jess Glynne).WFS has also just recorded an EP for an international TV and film company at Abbey Road Studios. He’s been offered a headline show at O2 Academy Islington and an O2 tour of the country following the release of the second single, Trade It In.

“Hello old friend, it’s been a while” is the opening of Hattie Whitehead’s new EP Old Soul. It’s been three years since the Richmond-born singer songwriter released her debut EP Home, which led to radio play on the BBC and Amazing Radio, and a sell-out gig at St Pancras Old Church in London. Since, she has performed at a raft of festivals such as Latitude, Secret Garden Party, Wilderness, Field Day and Cambridge Folk Festival, supported the likes of Beth Rowley, and won the third prize in Glastonbury's Emerging Talent Competition.

Her family’s diverse favourite artists, from Paul Simon to Miles Davis provided a solid musical grounding and significantly shaped Hattie’s melodic and heartfelt style. Her jazz inflections have drawn comparisons to some of the musical greats she grew up listening to – Joni Mitchell, Nick Drake, John Martyn and Jeff Buckley. Her love of modern alternative, folk and indie bands has further developed a style comparable to current artists such as Bon Iver, Laura Marling, Jose Gonzalez and The Staves. What they all have in common are melody, emotion and soulfulness.

DANIELLE CELESTE Danielle is a Bristol based 23 yr old Country Influenced singer songwriter who is blessed with a 3 & ½ Octave vocal range. With two Nashville writing trips under her belt, including sessions with Jeff Cohen (The Shires)