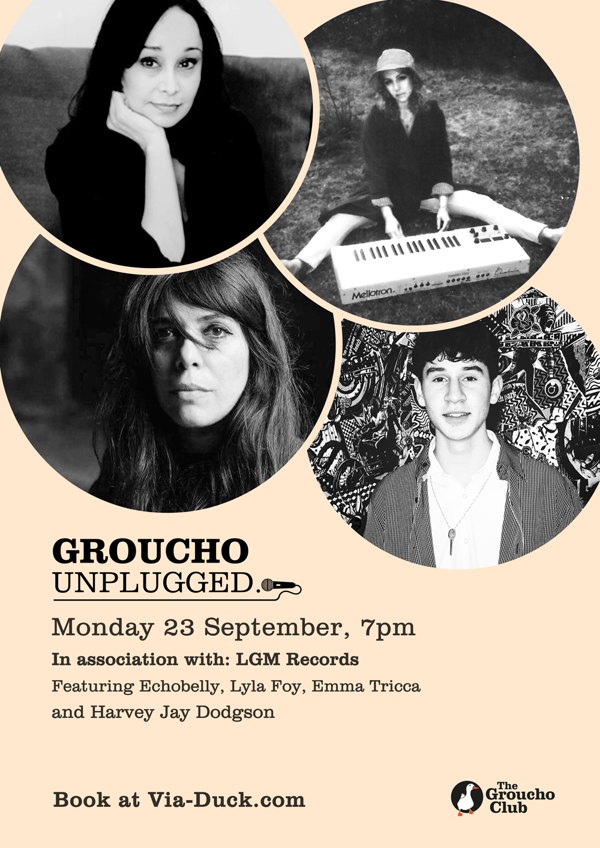 After the maelstrom years of Britpop and their ensuing success as Echobelly, a series of experiences ensued that rock 'n' roll would call its own, including death, drugs, theft and high court injunctions, Glenn and Sonya came through the storm to a time of reflection, re-positioning and reality: Where to go from here when the desire to write songs is stronger than ever but the business has changed considerably? Back to what you once knew. And that’s exactly what they did. A handful of acoustic shows took place in 2010 and two acoustic mini albums were released in 2011 and 2012, with a full album planned to follow soon afterwards.

Before that could happen, however, Sonya and Glenn found themselves longing once again for the full-band experience and in 2015 Echobelly was resurrected. With a new-look line-up in place, a live show at London's Scala was announced. It sold out and was quoted by fans as being one of the best ever Echobelly shows. It was the response of the sold out Scala show in October 2016 that they decided to once more make a return into the music field with a new band line up and the release of the album, Anarchy and Alchemy, released in 2017 with a follow up album in Autumn 2019.

Lyla Foy is a multi-instrumentalist from London who writes and performs intimate, melodic pop music. Starting with humble kitchen recordings in 2013 she has gone on to release two EPs and two full length albums, tour worldwide and share stages with artists including The National, Sharon Van Etten, Midlake, Fleet Foxes and Mercury Rev.

Lyla is currently recording her third LP and performing intimate shows across the UK this Autumn.

In life and music, Emma Tricca is an explorer. Just as ‪Davey Graham set sail for Morocco and ‪Vashti Bunyan for the Outer Hebrides in search of their elusive ‪muse, Rome-raised singer-songwriter Tricca has journeyed to London, New York, Texas and further afield to seek the heart of her own music. And like those renowned voyagers, she’s returned with a set of songs that refresh the tired old folk form. Tricca’s new album St Peter – created with a cast of supporting artists including global icon ‪Judy Collins, ‪Sonic Youth’s ‪Steve Shelley and Dream Syndicate guitarist Jason Victor – takes a bracing plunge into the unknown, leaving the folksinger tag far behind with a rolling collection of reverie-inducing raw diamonds.

Harvey Jay Dodgson is a 17 yr old Singer-Songwriter from the South Coast whose influences range from Miles Kane to Jamie T, and King Krule. In the early stages of his career, he is already experimenting with 8 track machines and plays the acoustic and electric guitar, Debut Single Indigo forthcoming September 2019.